The Galactic Empire vs. Neo-Earth

ETHAN MICHAEL CRANE:"What we have here is the first fight I ever wrote, probably around July or August of 1998. Inspired by the MTV series Celebrity Deathmatch and websites such as Celebrity Super Fight Main Event and World Wide Web Fights: Grudge Match, I decided to try my hand at this style of fanfiction ('fight-fiction' I suppose you'd call it). Though I use the names of LucasArts video game characters Sam & Max in the piece, the personalities of the characters-as-hosts never comes through. I also promise two additional chapters, neither of which were ever written. Though I wrote Neo-Queen Serenity with the advantage in the first part and planned to write her with a looming victory in the second, the finale would have revealed that the Emperor (thanks to Thrawn's strategy) tricked her into leaving the planet unprotected as Vader captured the Silver Imperium Crystal--which would be used to increase the power of the Death Star's laser 100 fold. The finale would have ended with Vader executing Neo-Queen Serenity and her court in various ways, and the Emperor ordering a full occupation of Neo-Earth.

As an interesting footnote, it was my love of fight-fiction that eventually brought me to Sailor Callisto's --which in turn launched me fully on my Anti Sailor Moon journey."

VADER: What is thy bidding, my master?

PALPATINE: Prepare the Death Star for my arrival. We are going to conquer a planet known as Neo-Earth.

And so the battle begins. It is a short and vague beginning, but a beginning none-the-less.

On one side we have 5 girls with the power of the planets, two cats, and a guy who throws roses. 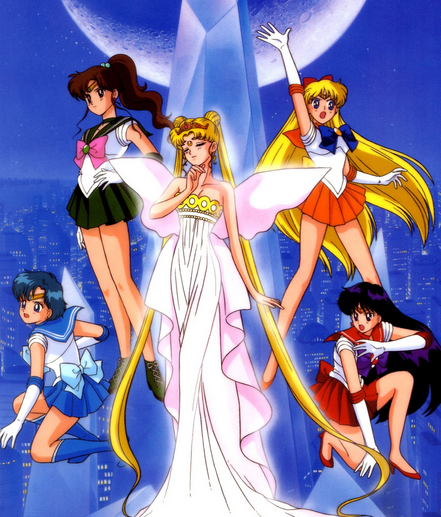 On the other side we have the Death Star, with a full compliment of TIE Fighters, TIE Intercepters, TIE Bombers, TIE Advanced, TIE Enforcers, and Assualt Missle Boats, as well as Grand Admiral Thrawn, Darth Vader, Emperor Palpatine, and a %#@$ load of Imperial Stormtroopers and Darktroopers. 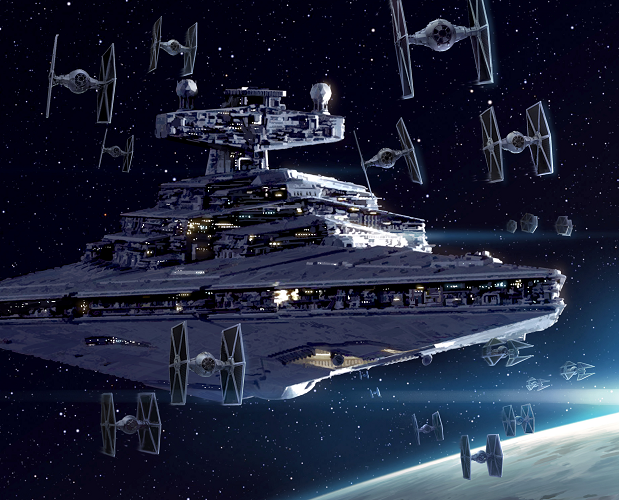 The battle will take place in three parts: The Beginning, the Battle in Space, and the Grand Finale!

The bell has just rung! Here's Sam and Max with the play-by-play:

SAM: There seems to be little activity on Neo-Earth. Let's go to the Death Star!

MAX: The Imperials are ready to send down Imperial Stormtroopers for a surprise attack. Admiral Thrawn is formulating a plan for an aerial attack if one is needed.

SAM: The first Imperial Shuttle is descending upon Neo-Earth...it is landing right across from the garden of the crystal palace where I am told Queen Serenity lives.

MAX: The Stormtroopers have their orders and they are storming the palace.

SAM: There seems to be no hope for the queen this time...

MAX: Wait a minute...I'm getting something on the audio...switch to the stormtrooper helmet cam...
Sweet Jesus, Mary, and Joseph have mercy on us all! There seems to be no trace of the Stormtroopers anywhere...it's as if they've been vaporized...

SAM: Wait a minute...five figures and two cats are coming out of the palace...

MAX: Good God man! It's the queen and her court, the Sailor Senshi!!!

SAM: Oh! That is not good for the people who were inside the transport! The whole damn thing has been taken out!!! The Emperor must be pretty pissed right now.

MAX: Queen Serenity is flying into space on...angle wings?? This is pretty $#@%ed up.

SAM: Let's go to Death Star audio and see what the Imperials are saying about this.

THRAWN: Yes, my Emperor. All is ready for the aerial offense.

PALPATINE: Good. We don't want what happened a minute ago to happen again.

SAM: Well, everything seems to be in place...Thrawn is dispatching his fleet...if this doesn't stop them, then I don't know what will...

TO BE CONTINUED UNTIL PART TWO: THE BATTLE IN SPACE

You are now listening to Star Wars Disco by Meco.